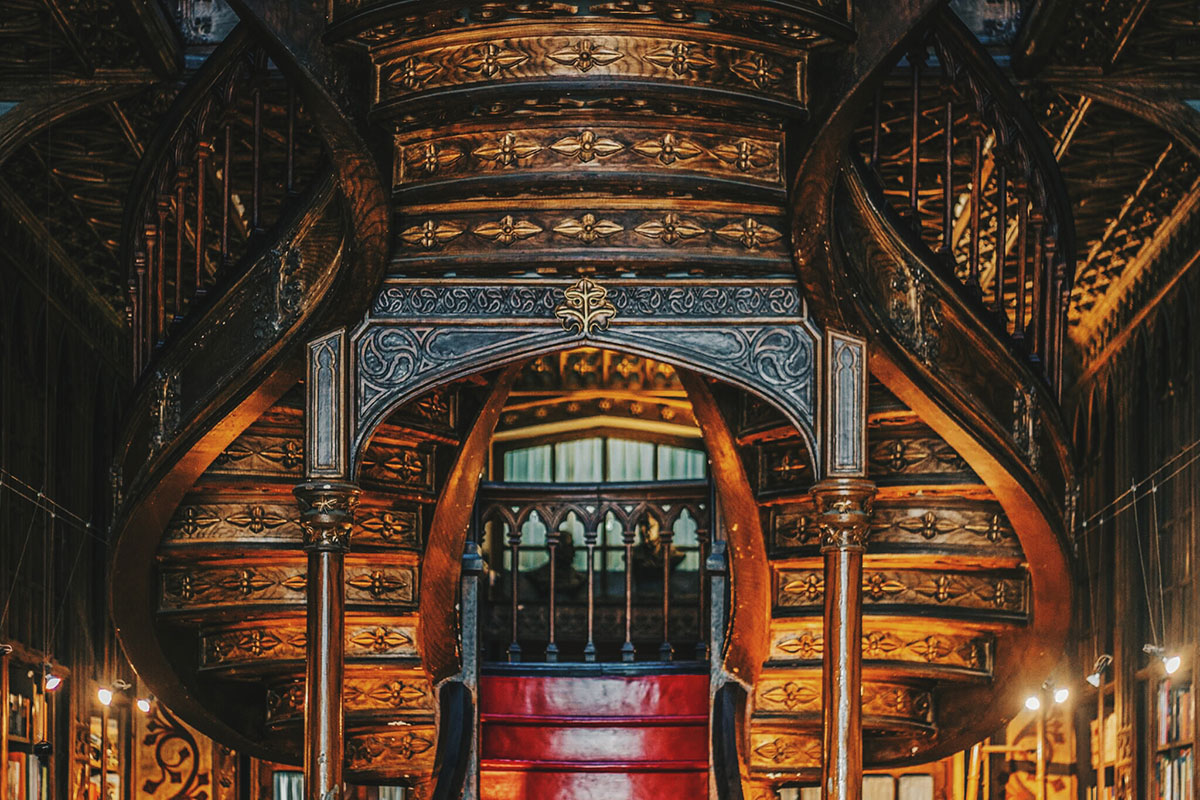 Have you ever thought if there is a place where the word “magic” could still have that secret meaning, which would make your skin chilled and where you would feel as a character from one of the story books and fairy tales? This kind of place exists and even until today it can be described as the one and only that perfectly defines the true meaning of magic. Livraria Lello is famous bookstore, it is based in Porto, and is one of the most visited places in Portugal, not only by tourists, but also by the locals. But what makes this place so unique? Livraria Lello along with the Bertrand bookstore is one of the oldest bookstores in Portugal. Once you step inside the place, you suddenly feel that magic in the air. The carefully displayed books, authentical shelfs, stairs that receive the biggest attention because of the unique and remarkable design, and the details like the rails which were used to carry the books, makes you forget all the modern world which is full of technology.

The original owners of this place – José and António Lello first time opened the doors of this bookstore at 1906, attracting the attention of the clients not only by the interior but also the exterior. The mix of styles go along well and keep the concept of magic and history. Everything is kept as it was in the past, so every single colour, detail reminds the history of this bookstore. The remarkable façade is neo-Gothic style, that has two figures painted on each side, symbolizing Art and Science. Although some details inside and outside are decorated and designed in an Art Nouveau and Gothic Revival styles and the detailing of the walls on the second floor is created in an Art Deco style. As I was speaking with Daniel Almendra, the guide who explained the history of this magical place, I was amazed by the stair details, which create the biggest and most impressive look. The round shapes create the appearance of a bridge once you look from one side and the it changes its look once you stand from the other side. And once I turned my head up, I saw the most glorious stained-glass skylight bearing with the Latin phrase Decus in labore (ng. Dignity in work) that captures the sunlight in the daytime, creating a game of colours inside. As I asked Daniel to describe the place in three words, he perfectly said „Really. Magical. Indeed “, because it is hard not to believe in magic once you enter this bookstore which was frequented by JK Rowling, the author of the Harry Potter saga and is reported to be an inspiration for her writing. And we are not surprised why, since this place brings the belief in stories in everyone who visits it. 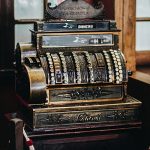 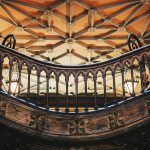 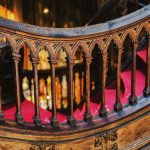 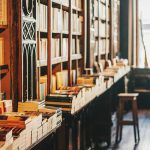 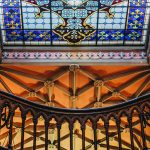 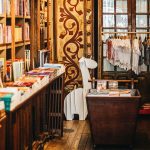 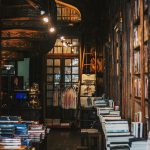 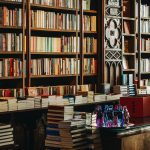 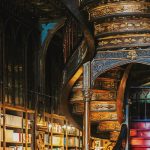